Pictures from the classroom 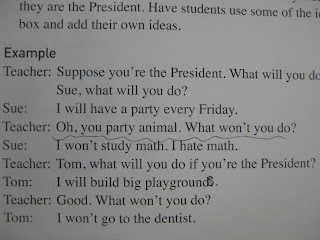 An example conversation between a teacher and students in one of the teaching guides. 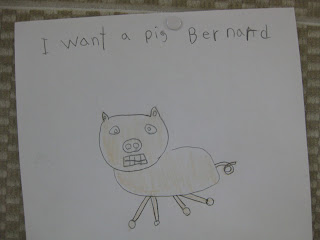 One of my students would like a scary pig for a pet. 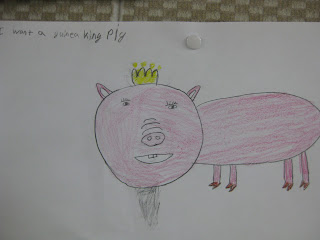 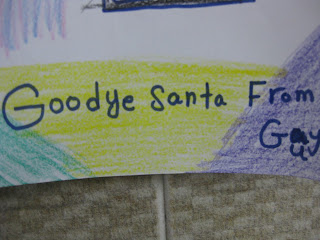 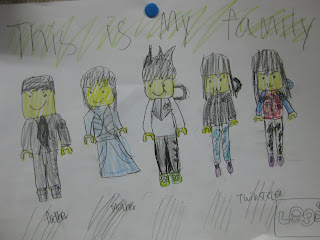 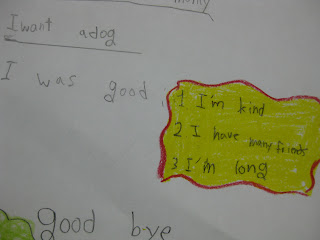 Reasons why Father Christmas should bring this student presents: "I'm long."
Posted by Francesca at 18:44 1 comment:

I've been working very hard on my cooking blog recently, so this poor little travel blog has been somewhat neglected. Also, I didn't want to write anything after having a bad week last week - I had two bad days at work in a row (a combination of greed, inefficiency, and plain rude students), with a bad morning in between: we ended up making stupid mistakes and spending way too much money on taxis on a trip to Home Plus, where some of the basics (like chicken and milk) had risen 50% in price. I think the breakdown was also partly due to the lack of cheese in this part of the world. Thankfully this week has been much better, although I'm dreading today for reasons I will expand upon below.

Tom has been needing a haircut for a while, and luckily one of his adult students knew a hairdresser who had worked in Australia for a year - Tom was adamant that he didn't want a Korean haircut, so jumped at the idea of someone who has at least seen other hairstyles, and who must speak a bit of English. We found the place on Sunday, and although the man's English was minimal, Tom came out with a perfectly decent haircut. And promptly started complaining about how cold his ears were. Yesterday (Wednesday) I finished knitting a (very plain) hat for him. 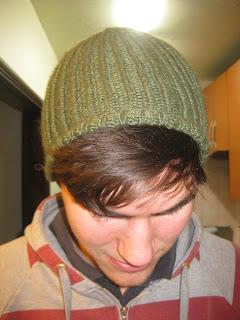 I also have a hat! 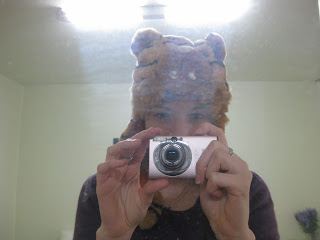 Didn't knit it myself though.

In two weeks, it is Korean New Year - the lunar new year starts on 3rd February, to be precise, which means that we're only working Monday and Tuesday that week. Just this morning we booked a hotel in Seoul from the Wednesday to Saturday, and are very excited about spending my pre-birthday-weekend in the capital. On Saturday, if not before, we'll be able to book buses there and back. We've been looking at museums and palaces and wine bars (of course) on the internet all morning.

In the meantime, though, today is Thursday, which means I've got one class which I absolutely hate. It's just one student, and I've heard that he is meant to be the best English student in the district - but I'm afraid to say he's just stupid. And rude. I dread teaching him, especially today, because on Tuesday I found out that he has been lying about me to his mother and his mother is now refusing to pay for the times I have taught him. As far as I know, this won't affect my salary, but I do sincerely hope that his mother withdraws him from our school. 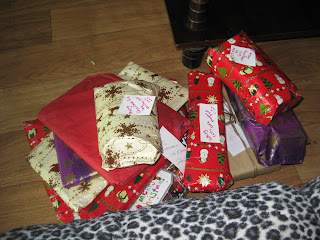 We had a wonderful Christmas. And it snowed! In Gwangyang, where apparently it never snows! 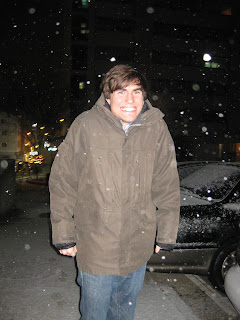 We were very happy.

Unfortunately, on Monday and Tuesday we had to work. It was difficult going in, knowing that pretty much everyone we know would be on holiday. Still, we got through it okay, and on Wednesday the academies closed again. I went a bit enthusiastic about baking on Wednesday, for some reason, and we ended up with a lot of bagels and crescent cookies. The crescent cookies were gorgeous. I made 22, I think, and ended up eating probably eighteen of them.

On Thursday, we got up annoyingly early and headed off with our colleague to eastern Korea! It snowed again as we left Gwangyang. 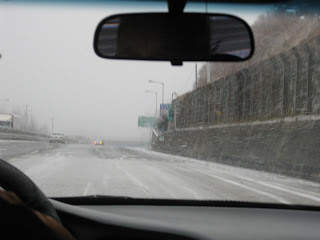 We drove most of the day, stopping off at anywhere that looked weird or wonderful, and drove back the next day. Unfortunately I forgot to get any pictures of the hotel we stayed at, which was stunning - a claw-footed bathtub, heated floors, free internet, and all for the equivalent of about thirty pounds! We were very, very happy.

There are more pictures of our trip at the bottom of the page. Be careful if you're looking at this at work, or anywhere where it might be dangerous to look at sculpted penises - we went to Penis Park, and faithfully documented the trip with our camera.

After getting home yesterday evening, we relaxed for a while, drank some prosecco, and went to the local foreigners' bar. We've not been there before, but as New Year's Eve is an occasion which demands a drink (and we thought it would be a little depressing to sit at home as the new year came in), we thought we'd trek through the ice to find it. It was an easy ten minute walk away - and the experience was so surreal! We weren't the tallest people in the room! Other people understood us! (I say that, but my English accent befuddled someone behind the bar. I asked for "two beers" and they thought I said "two Bailey's." Another person said that my accent was very neutral and not very British. Weird.) Tom was invited to join their rugby team, and is seriously considering it. (Talking of exercise, I'm also starting yoga next week, although that's with colleagues and not foreigners.)

Right, I think that's everything, so... on to the pictures. I'll repeat my warning about the penises. Also, if you want to see more photos, the Facebook albums here and here are far more thorough.